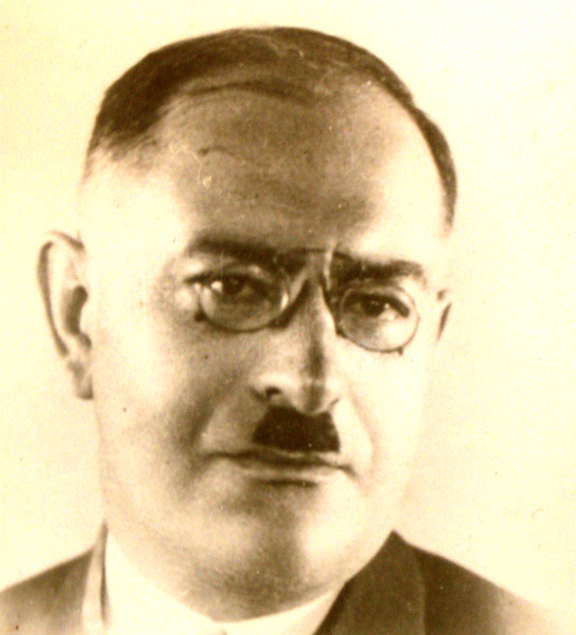 Teodor Vieweger, born in Piotrków, a biologist by education – was engaged in his scientific work in the study of protozoa and ciliate – throughout his scientific and pedagogical career he was associated with "progressive" education. In 1912, just after studying in Belgium (first in Liege, then in Brussels), Teodor and his wife Jadwiga started working at Żeńska Szkoła Handlowa (Female Trade School) in Siedlce. The Siedlce trade school – like other schools of this type in the Congress Kingdom of Poland – was subordinate to the Ministry of Finance, not the "Russification" Ministry of Education, thanks to which it could introduce a more liberal curriculum and upbringing. In the first year of her work, Jadwiga taught biology and chemistry in the younger classes, while Teodor taught biology in the older classes. Jadwiga Barszczewska, the founder and supervisor of the Żeńska Szkoła Handlowa in Siedlce, noted the following about the Viewegers in her memoirs:

"They brought a fresh breath of Western thought to the school"2.

However, she also noticed that at first the youth had some difficulties because of dr Vieweger's excessive demands. Rev. Ewald Lodwich-Ledwa (Adam Kaszubski), describing the history of the school in Siedlce, wrote the following:

"The Supervisor used a new pedagogical-peer maneuver: she asked him to visit her classes. This had a double effect: the supervisor took advantage of his new approaches to the subject, and the professor took advantage of her way of passing knowledge to young people. The young educator realized two things, one that the common imitation of others leads to a routine that kills the interest of young people and introduces boredom – the greatest enemy of school, and the other – that curricula must take into account the capabilities of students, if they exceed them – they do harm to both students and the teacher. And so, the pedagogical career of a young scientist who, thanks to his intuition, found the key to the minds and hearts of young people began. He soon stood at the forefront of the teaching staff. Moreover, he founded the foundations of universal education in Siedlce and the surrounding area, taking part in the work of the Teachers' Union established already thanks to the efforts of the Supervisor in 1910”3.

In 1915, the Viewegers moved to Warsaw, where Teodor Vieweger initially taught zoology in the excellent Jadwiga Sikorska Women's Boarding House (later "Królówka"). The following year, he started working as an assistant in the Laboratory of Physiology of the Warsaw Scientific Society, devoting himself to scientific work. For his research in the field of protozoan physiology, in 1922 he received the following awards: the Award of the Warsaw Scientific Society and the Award of the Ministry of Religious Denominations and Public Enlightenment. For three years he had already been a professor of animal physiology at the left-leaning, progressive Free Polish University and the head of the Department of Physiology (he reconciled his work at the Free Polish University with lectures at the Państwowy Instytut Nauczycielski (State Teachers' Institute). At the Free Polish University, Professor Vieweger also held the position of a dean of the Faculty of Mathematics and Natural Sciences in the academic year 1924/25, from 14 November 1925 he was the rector of this university. He also retained the position of the rector of the Free Polish University during the Nazi occupation, when he actively participated in the underground higher education. 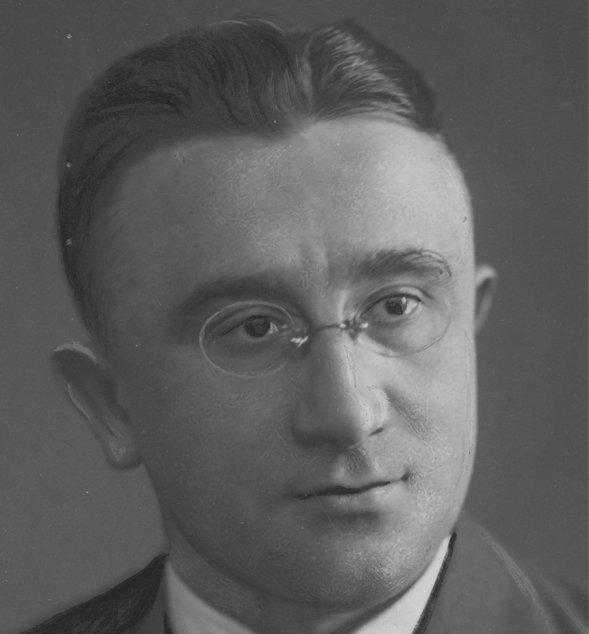 OUTSTANDING ORGANISER AND A BUILDER OF ACADEMIC LODZ

Positive changes that the Free Polish University had been undergoing since 1925 constitute the proof of great organisational skills of prof. Teodor Vieweger as a rector. Free Polish University, called the "seventh university" and the "forge of progressive social thought", was established in 1916 from the Society of Scientific Courses operating since 1905 – a continuator of the previously existing illegal Flying University. It specialised in the education of educational and social workers as well as administrative officials, who were professionally employed and did not always have the necessary qualifications to enter a university (formal deficiencies were made up for by students in the course of their studies). At the Free Polish University also fields of study that had not yet found a place at traditional universities were opened, such as social pedagogy, sociology, religious studies or library science. However, Free Polish University did not have the rights of a university. Prof. Teodor Vieweger as the rector, together with members of the Senate of the Free Polish University, in the years 1929 – 1937 led to the fact that the state authorities granted it the academic status. Thanks to this it could confer a master's degree and more and more wide circles of its graduates could obtain full rights resulting from the completion of higher education4.

However, the organisational achievements of prof. Teodor Vieweger did not end there. He was the initiator and then the head of three institutions that were very important for the development of science in Lodz, which before the war was considered an "intellectual desert" and a "city of business" without academic potential.

First of all, as the rector of the Free Polish University, he contributed to the establishment in 1928 of the Branch of the Free Polish University in Lodz. For the parent institution, this fact meant expansion of the University’s activities beyond the capital, while for Lodz, the second city in the Republic of Poland in terms of population, it was the fulfilment of academic aspirations, dating back to 1864. According to historian Krzysztof Baranowski:

"The Free Polish University branch was initially a foreign body in Lodz, imported from the capital city of Warsaw and adapted to the specific relations there, the needs other than those of Lodz, and even a slightly different "social order". During the 11 years of its existence, however, it adapted more and more to the reality of Lodz, (...) and to an increasing extent exerted an impact on the cultural and scientific life of the city. The period of 11 years, however, was too short for this young university, based for the most part on commuting lecturers, to take deep roots in new ground for it and to influence more decisively the reconstruction of the model of cultural life of this large, working-class city. Despite this, from year to year, the influence of the Free Polish University on the development of the spiritual culture of Polish Manchester was more and more visible. It was interrupted by the world turmoil of war, after which from the Free Polish University, the University of Lodz was born as its successor"5. 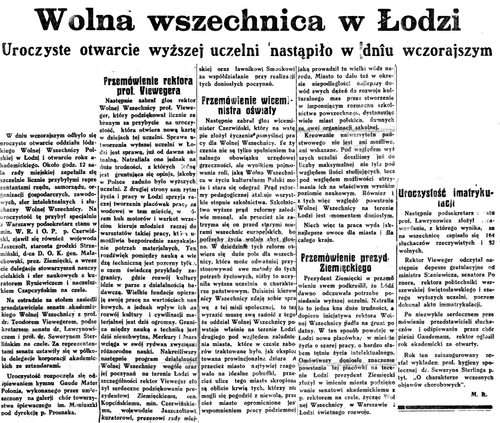 Secondly, in the years 1934-1936, on the initiative of the historian Zygmunt Lorentz, talks were held in Lodz with the participation of professor Vieweger on the integration of local scientific associations. As Julian Kuciński writes, the authority of the rector of the Free Polish University determined the success of these talks.6 On 19 November 1936, Towarzystwo Przyjaciół Nauk [the Society of Friends of Sciences] in Lodz was registered, and Teodor Vieweger was its President until the German occupation. He was also one of the first to resume the Society's activity (today the Lodz Scientific Society) in the spring of 1945.

And finally, after the end of hostilities, Teodor Vieweger became the head of the Organising Committee of the State University in Lodz and led to the establishment of the University of Lodz. It is known that during the occupation, under the supervision of prof. Teodor Vieweger, the Senate of the Free Polish University prepared projects for the reform of universities. Members of the Senate, later characterising the conspiratorial activity of the university, wrote:

"Authorities of the Free Polish University under the supervision of the tireless Rector Vieweger took part in the preparation of the principles of education reform, developed a number of memorials on the organisation of universities in Lodz (in cooperation with the underground educational authority of this district). A detailed plan of paid student internships in scientific, educational, school, technical and industrial institutions, introducing young people into life and ensuring cooperation of universities with all areas of collective creativity has been prepared. The plans included making the Free Polish University of Warsaw the municipal university of Warsaw, gathering research and training for the benefit of the capital city of Warsaw’7.

After arriving in Lodz in February 1945, prof. Teodor Vieweger returned to the idea of transforming the Free Polish University into a University, this time based in Lodz. On 11 March, in the canteen of the "Monopol" Hotel, where a temporary "shelter" for scholars coming to Lodz was organised, a meeting of 50 people from the future professorial staff was held with the Minister of Education Stanisław Skrzeszewski, who during a speech addressed to the gathered announced that the Free Polish University – University of Lodz would be established in Lodz (and T. Vieweger will be its rector)8. After the death of Rector Vieweger, however, this concept was abandoned, and the new host, prof. Tadeusz Kotarbiński, was to implement the great reorganisation task set by the Ministry of Education. As we read in his report on  four years of the activity of the University of Lodz:

"According to the intentions of the Educational Authorities, the university was to be a completely new institution.The organisers were not bound by any instructions that would recommend maintaining organisational or personal continuity, either with the Free Polish University, active in Lodz after the war, organisationally and didactically aspiring – under the aegis of the authorities – to be transformed into a state university, whether with the one established a few months before the May decree and already teaching-active, and not the yet legislatively established Medical Academy. In reality, however, the University relied on these earlier foundations: it took over a group of academics from these universities as its research and teaching staff and began to operate in the premises previously occupied by these institutions and, to a large extent, already used"9.

The Free Polish University was formally closed down in 1953. Its assets and teaching staff were taken over by the University of Lodz.