The Memorial Prize of the First Rector of the University of Lodz Professor Tadeusz Kotarbiński for an outstanding piece of work in the field of Humanities is a nationwide distinction.  It is the only award of this kind in Poland awarded by the scientific community. Its laureate receives PLN 50 000 for further scientific development.

THE IDEA OF THE COMPETITION

The award was established in order to support and promote the work of Polish scientists but also to remind about the unabated nature of the tasks of the humanities.

The competition makes it possible to show the value and diversity of humanistic works that are created in Poland to a wider audience. The official award ceremony is a rare occasion for the most talented authors to meet. It is a real celebration of the Polish humanities.

The award was established in 2015 on the occasion of the 70th anniversary of the University of Lodz. One of the assumptions of the competition is to reward books, and not the entire of scientific work, thus, also the scientists of the younger generation are appreciated.

The Competition Jury consists of outstanding personalities of the Polish humanities – among others, philosophers, literary scholars, lawyers, historians – representing the most important Polish scientific institutions.

The Jury of the Memorial Prize of the First Rector of the University of Lodz Professor Tadeusz Kotarbiński for an outstanding piece of work in the field of Humanities includes:

Each of the editions so far has involved extremely stormy and difficult deliberations of the Jury, which may qualify maximum up to five works to the final stage of the competition. The best works, as well as a large part of those that do not make it to the final, are of the highest scientific level.

BOOKS AT THE HIGHEST LEVEL

The winners of the six previous editions of the award are:

From year to year, more and more books are submitted to the competition. Submissions of publications are made by the departments of the best universities in Poland, institutes of the National Academy of Sciences, academic publishing houses, leading private universities and sometimes Rectors of the Polish universities themselves.

Extremely diverse, often interdisciplinary works, which are associated with the use of various research tools and different methodologies are submitted. Most of them are works written in Polish, but we also accept works in foreign languages, and some of them were even nominated.

The Competition Jury defines the humanities very broadly. Therefore, the submitted works are works in such fields as: archaeology, linguistics, literary studies, political history, history of art, philosophy with its various departments, legal sciences, sociology or psychology. There are also works on the border of humanities and social sciences, and natural sciences. Behind the books submitted to the competition there are, as it can be assumed, various visions of the world and man. All the books, however, have one thing in common – the fact that a man is invariably at the centre of scientists' research – with his problems, important questions and challenges posed by the modern world.

PATRON OF THE AWARD 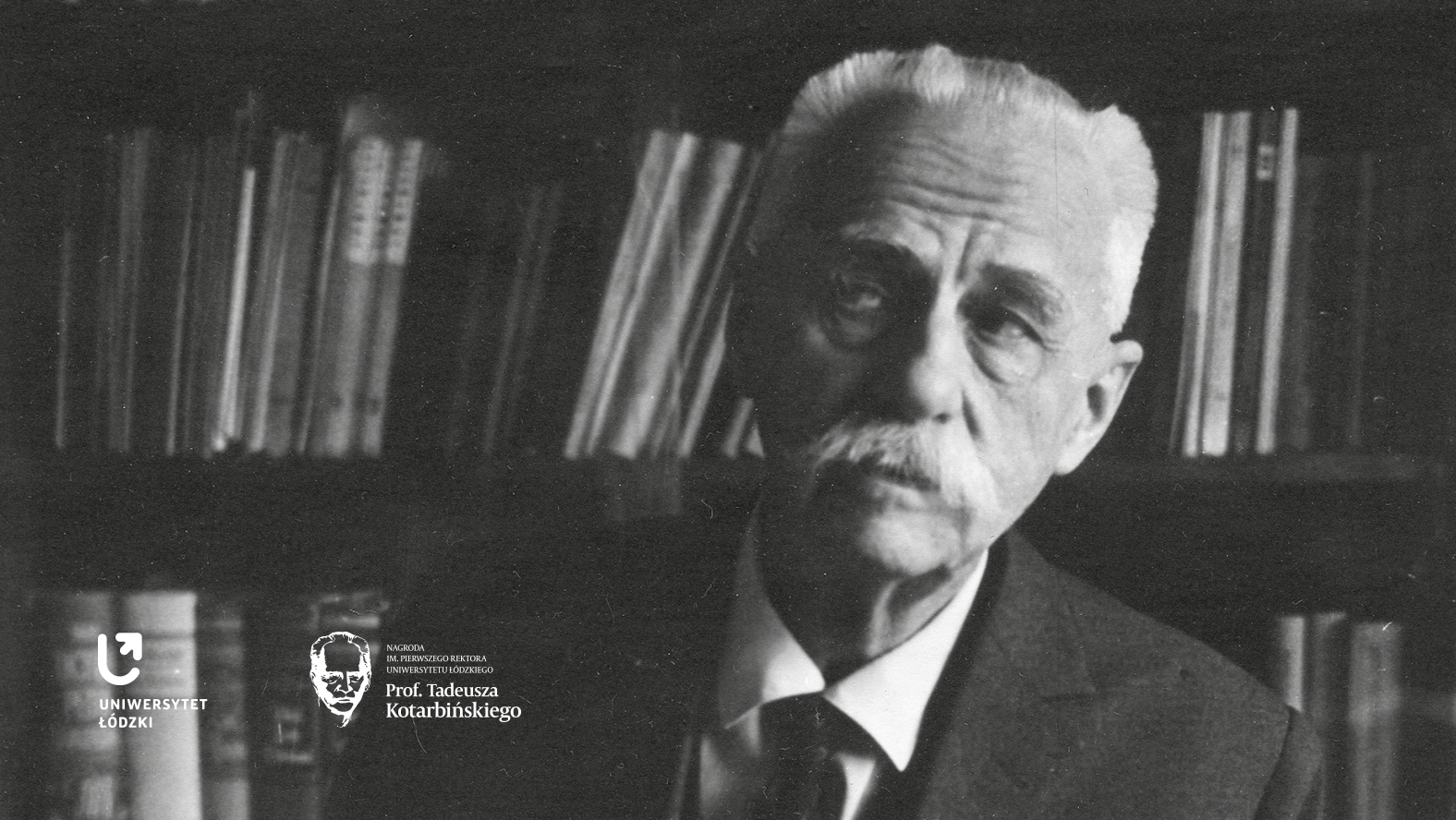 The patron of the award is Professor Tadeusz Kotarbiński – the first rector of the University of Lodz, one of the most famous Polish analytical philosophers. Prof. Kotarbiński was an outstanding ethicist, philosopher and academic lecturer. Moreover, he was a man of deep reflection and a broad look at the history of human thought and its influence on the fate of societies. These features of our patron determine both the broad substantive framework of the competition and the strict criteria for evaluating the submitted works.

Prof. Tadeusz Kotarbiński (31.03.1886 – 03.10.1981) was a Polish philosopher, logician and ethicists, a representative of Lwów-Warsaw school of philosophy. After World War II (1945-1949) he moved to Lodz, where he became one of the founders of the University of Lodz and its first rector. One of the most famous works of prof. Kotarbiński is the "Treatise on Good Work" devoted to praxeology i.e., the theory of efficient operation.