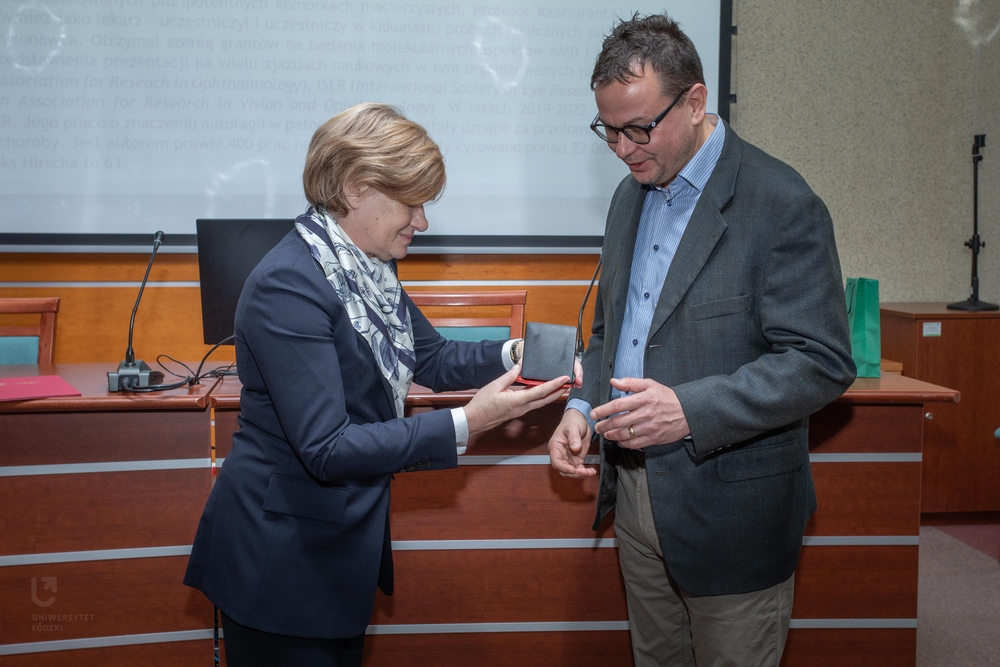 Professor Kai Kaarniranta was born in 1968 in Saaminki, Finland. He obtained primary and secondary education in Savonlinna, where he obtained his baccalaureate. He passed the entrance examination to the University of Kuopio in 1990, which he graduated from with a master's degree in biotechnology (2000), followed by the degree of Doctor of Medicine (2002) and Associate Professor in experimental and clinical ophthalmology (2006 and 2009, respectively). Professor Kaarniranta participated in the prestigious European Leadership Development Programme, organised by the European Ophthalmological Society, from 2007 to 2009. He is currently a professor of ophthalmology and chief physician at the University of Eastern Finland (UEF) and Kuopio University Hospital. He is the Head of the Department of Ophthalmology at Kuopio University Hospital.

The primary subject of Prof. Kaarniranty's research and clinical activities is age-related macular degeneration (AMD) – an eye disease for which there is no cure in the vast majority of cases. He studies molecular mechanisms of AMD pathogenesis using various models, including those based on cells derived from transgenic animals and induced pluripotent stem cells. His work on the importance of autophagy in the mechanisms of AMD pathogenesis has been considered groundbreaking in the studies of the disease etiopathogenesis. Professor Kaarniranta also works as a physician – he has participated in more than a dozen clinical trials as a manager or contractor. He has received many grants, European and national ones, for the research on molecular aspects of AMD and was invited to present its results at many scientific conventions hosted by the most prestigious organisations conducting research in ophthalmology.

In the years 2019-21 he served as the President of the European Association for Vision and Eye Research (EVER). He is the editor-in-chief of “Acta Ophthalmologica” and a member of the Finnish Academy of Science and Letters. At the University of Kuopio he delivers lectures in Clinical and Basic Sciences. He has promoted ten PhD degree holders and is currently a supervisor in eleven doctoral procedures. He is the author of more than three hundred and fifty scientific papers, his Hirsch index is 58, and the number of citations exceeds twenty thousand. 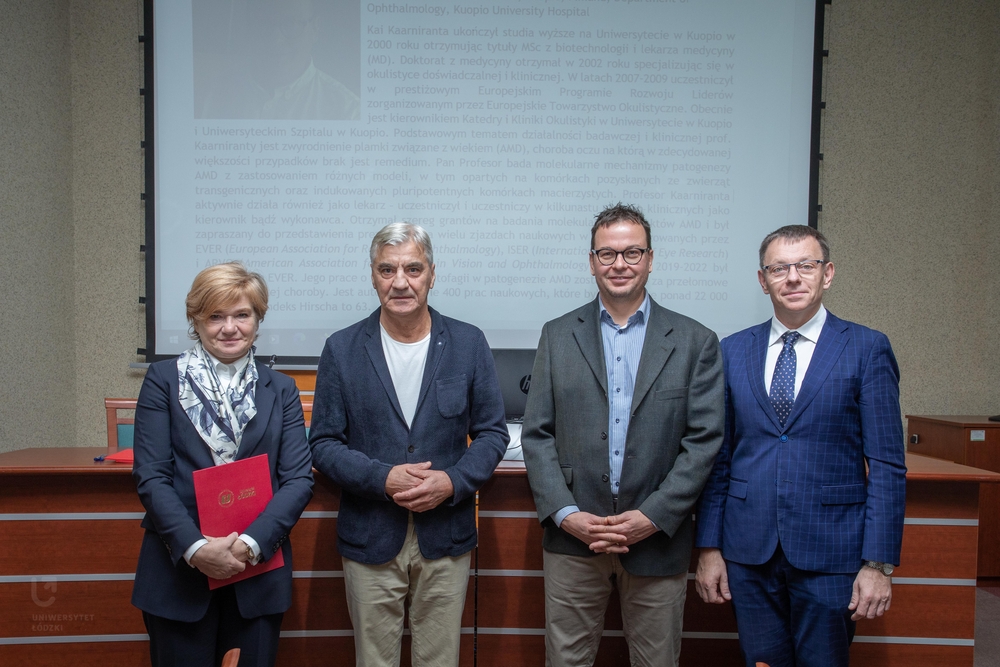 The biographical note was prepared by Professor Janusz Błasiak, Faculty of Biology and Environmental Protection, University of Lodz.