Prof. dr hab. Krzysztof Stefański, Head of the Department of History of Architecture at the Faculty of Philosophy and History, University of Lodz was awarded the Medal for Merit to Culture – Gloria Artis by the Deputy Prime Minister, Minister for Culture and National Heritage, Piotr Gliński. The medal is awarded to outstanding representatives of Polish culture, distinguished in the field of artistic creation, cultural activity and protection of culture and national heritage. 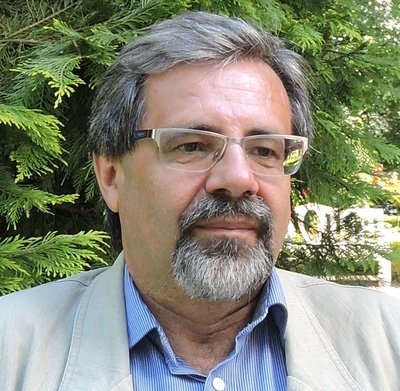 A particularly important initiative of Professor Stefański was his involvement in the activities aimed at preserving and promoting knowledge about the Karol Scheibler’s Chapel at the Old Cemetery, Ogrodowa in Lodz – a unique monument on a European scale. He is a co-founder of the Foundation for Saving Karol Scheibler’s Chapel – currently the Chairman of the Foundation's Council – and a co-founder of the Society for the Care of the Old Cemetery in Lodz.

Another equally significant initiative of Prof. Stefański aimed at popularising the architecture and culture of the Lodz region and protecting the national heritage by activating the local environment is participation in establishing the Lux Pro Monumentis Foundation, which organises e.g. annual "Light. Move. Festival. Kinetic Art Festival of Light".

He is a member of the Lodz Branch of the Association of Art Historians, the Lodz Scientific Society – Faculty of Art and Art Sciences and the Society for the Preservation of Historical Monuments, Lodz branch. He works in the editorial office of the publishing series "Sztuka Polski Środkowej" and the magazine "Art Inquiry. Recherches sur les arts"; in the years 2014-2018 he was the editor-in-chief of "TECHNE/ΤΕΧΝΗ. Pisma Łódzkich Historyków Sztuki".