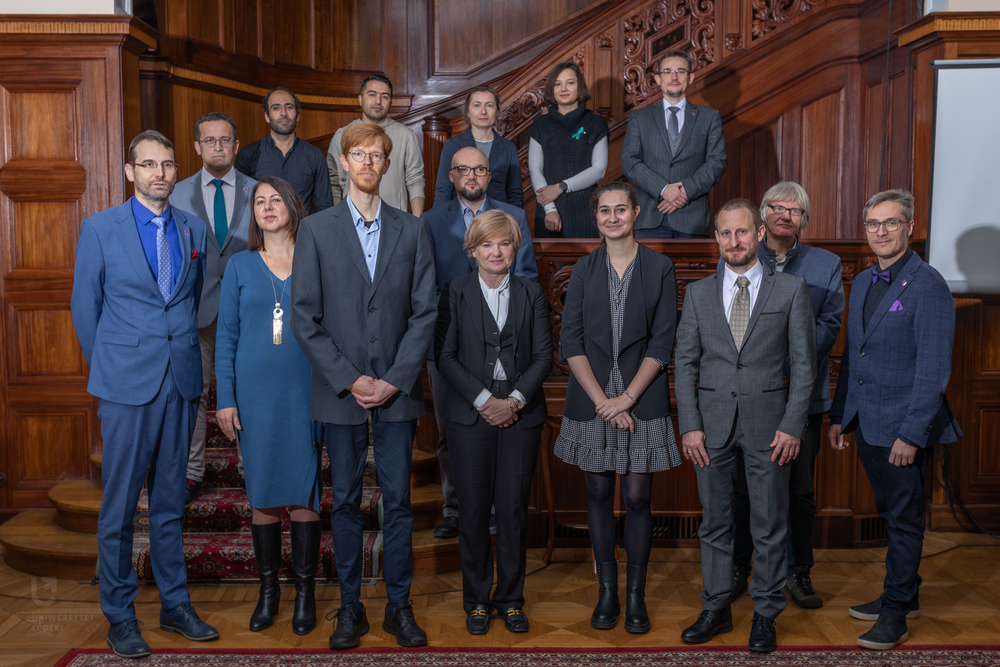 Professor Erik Andersson is a staff member at Stockholm University, where he works at the highly acclaimed and influential Stockholm Resilience Centre At the same time, he also works at the Faculty of Biological and Environmental Sciences at the University of Helsinki. Since 2019, he has also been a visiting researcher at The New School in New York (in the United States) and at North-West University in Potchefstroom, South Africa.

He obtained his PhD degree from Stockholm University in 2007. He is a member of editorial boards of recognised journals: Ambio, Sustainability Science and Frontiers in Environmental Science. He has also been an editor of special issues published in several other recognised scientific journals (including Ecosystem Services and Ecology and Society). Professor Erik Andersson cooperates with researchers from many scientific institutions from around the world, including the University of Lodz.

His cooperation with the University of Lodz dates back to 2013, when Jakub Kronenberg from the University of Lodz joined the URBES (Urban Biodiversity and Ecosystem Services) project, financed under the EU ERA-NET mechanism (BiodivERsA programme). Then, from 2013 to 2017, the two researchers co-led a work package on the economic aspects of urban green infrastructure management within the EU project GREEN SURGE (Green Infrastructure and Urban Biodiversity for Sustainable Urban Development and the Green Economy), funded by the EU 7th Framework Programme. Professor Erik Andersson was also involved in the implementation of the Polish-Swedish-Japanese project on urban resilience, which resulted in the organisation of an international scientific symposium entitled Urban Resilience and Sustainability Science at the University of Lodz on 12 October 2017. Finally, from 2016 to 2020, Professor Erik Andersson headed the ENABLE project (Enabling Green and Blue Infrastructure Potential in Complex Social-Ecological Regions: A System Approach for Assessing Local Solutions), funded as part of the EU ERA-NET mechanism (BiodivERsA programme). A research team from the University of Lodz (Jakub Kronenberg, Edyta Łaszkiewicz, Magdalena Biernacka, Karolina Koprowska) was also involved in the project implementation. Thanks to the hard work of the entire team, the project was honoured with the BiodivERsA Prize for Excellence and Impact, awarded annually to the best project funded under the BiodivERsA programme.

Professor Erik Andersson has visited the University of Lodz several times, working primarily with the employees of the Faculty of Economics and Sociology, as well as the Faculty of Biology and Environmental Protection. During his visits, he delivered lectures and watched with interest the field research conducted by the employees of these faculties.

Professor Erik Andersson's scientific interests concern the socio-ecological aspects of urban blue and green infrastructure, ecosystem services, the multifunctionality of green areas, biodiversity and its perceived value. He is an author of over 80 articles published in leading international scientific journals, as well as chapters in academic monographs. As a leader or one of the main contractors, he has participated in the implementation of numerous research projects.