TASKS OF THE UL COUNCIL

Tasks of the Council of the University of Lodz include:

COMPOSITION OF THE UL COUNCIL

Pursuant to Article 19 (1)(2) of the Act of 20 July 2018 – Law on Higher Education and Science (Dz. U. - Journal of Laws of 2018, item 1668, as amended) the University of Lodz Council also includes, by operation of law, the chairman of the University of Lodz Students’ Government Council. From 15 November 2021, this function is performed by Mr. Grzegorz Gwarda.

The UL Council has begun the second term 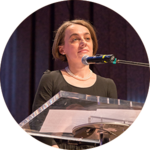 Professor of the Institute of Literary Research of the Polish Academy of Sciences (IBL PAN) in Warsaw. Winner of the second edition of the competition Memorial Prize of the First Rector of the University of Lodz Professor Tadeusz Kotarbiński  for her monograph “Amerykańskie powojnie Czesława Miłosza” [The American Postwar of Czeslaw Milosz] (2015). A scholarship holder of the Alexander and Crisitina Schenker Fellowship at the Beinecke Rare Book and Manuscript Library, Yale University (2011) and the Kościuszko Foundation (2013) at the Harriman Institute at the University of Columbia.

In 2019 she became a member of the University of Lodz Council and since 2021 she has been holding a position of its Chairperson.

She manages the NPRH team documentation project "Tłumacze arcydzieł literatury w odrodzonej Rzeczpospolitej. Cyfrowy słownik biobibliograficzny" [Translators of literary masterpieces in the revived Republic of Poland. Digital bibliographic dictionary]. She is an author of numerous interpretative sketches on Polish literature of the 20th century, with particular emphasis on the works of Czesław Miłosz, as well as editorial and documentation studies. 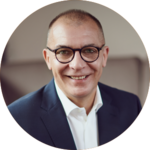 I have been working in the pharmaceutical sector in the Central and Eastern Europe region for over 25 years. During this time, I have created several leading sales and marketing teams in terms of efficiency and effectiveness. I have also trained many managers who today hold top positions in leading pharmaceutical companies in Poland and CEE.

I have spent half of my career working with Western pharmaceutical companies. I have developed their sales departments, led marketing projects and opened new market segments. I spent the last 13 years working for Polpharma Group - Poland's largest pharmaceutical company. It is also one of the leading companies in Central and Eastern Europe.

For 11 years, I have been serving as a member of the boards of directors, president of group companies, vice president of the group for commercial affairs, and member of the supervisory boards of subsidiaries in Eastern and Southern Europe.Working in management and supervisory boards of a privately-owned capital group allowed me to gain knowledge that is relevant to the world of Polish companies. The personal responsibility during my work helped me develop the ability to calculate the risk while looking for new development opportunities. It also resulted in the ability to create a strategy that makes the owners' vision come true.

For the past two years, I have been acting as an advisor to business owners and boards of directors, supporting executives in gaining the ability to continuously transform business operations in a rapidly changing and uncertain environment.

I am a member of the Council of the University of Lodz in the 2021-2024 term. For many years I have been active as a mentor and a coach in many pro bono projects, including the Businesswomen Leaders Foundation. I am a graduate of the Pomeranian Medical University (general practitioner); Warsaw University of Business at the Polish Academy of Sciences (MBA), INSEAD (Advanced Management Programme) 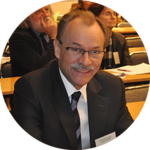 He is a member of the Society for the History of Education and the Lodz Scientific Society as well as a  a member of the Scientific Council of the journals „Nauki o Wychowaniu. Studia Interdyscyplinarne” and  „Wychowanie w Rodzinie”. He is an author of over 120 publications in the field of history of education of the nineteenth and twentieth centuries, as well as the editor and co-editor of 17 multi-author monographs. In addition, among others, he was a lecturer at the Chemical and Light Industry Personnel Training Centre in Lodz (1984-1988), Pedagogical College of Lodz University of Technology (1991-1995), the Teacher Training Centre in Skierniewice (1991-2000), Assistant Professor at the The Higher School of Pedagogy of the Society of Public Knowledge in Warsaw, Dean of the Faculty of Pedagogy at the College School of Economics and Humanities in Skierniewice (1996-2005), associate, Lodz correspondent of the Polish Radio "Zachód" in Zielona Góra (1992-1997), expert of the Polish Accreditation Committee (2004-2020). Prof. Grzegorz Michalski has been awarded the Silver (1998) and Gold (2003) Cross of Merit, as well as the Medal of the National Education Commission (2000), the Medal of the University of Lodz in the Service of Society and Science (2007), the Medal of Universitatis Lawodsis Merentibus (2012).

COUNCIL OF THE UNIVERSITY OF LODZ

OFFICE OF THE UL COUNCIL