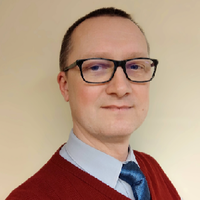 In the context of most important research achievement the contribution to general knowledge on chemical bonding should be mentioned, with non-covalent intermolecular bonding in the first plan, in particular chemical bond characterisation by means of the many-body interaction model and electron density distribution analysis.

It is worth mentioning application of many-body interaction approach to energy analysis of multi-component complexes stabilized by hydrogen- and halogen-bonds. With that methodology the synergizm (cooperativity /anticooperativity) of individual intermolecular bonds has been assessed.

In the context of experimental achievements, recently a few different series of co-crystals have been synthesized, including a set of 30 new co-crystals of selected N-oxides (project financially supported by National Center of Sciences - NCN grant Opus). Various types of intermolecular interactions formed with contribution of N-oxo bond were reported, including H-bonds, halogen bonds, but also N-O…N-O bonding recognised and characterized in the literature for the first time. In the framework of the latter project it has been also proven that in N-O bond of N-oxides the pi-bonding has a character of back-bond. Earlier in the literature there was no general agreement in that issue.

A worth mentioning is contribution to the field of astro-chemistry (also in the framework of the project financially supported by National Center of Sciences - NCN grant Opus); spectral analysis of emission of interstellar objects such as protoplanetary nebulas was suggesting that with some probability the highly charged cations of benzene derivatives (formed due to high energy light exposition) are responsible for the effect known as “Extended Red Emission”. Results of research in that field suggest that rather not the benzene dications are responsible for this effect and that other molecular media should contribute to this phenomenon. The research was including UV-Vis spectral analysis with the use of TD-DFT theory used against experimental observations.

In general the scientific achievement is based on results being a mix of experimental and theoretical research, including X-ray research preceded by crystal synthesis and preparation (more than 110 crystal structures deposited in CDS), UV-Vis and FT-IR research, theoretical and experimental electron density distribution analysis, molecular modeling mostly for chemical bond characterization by means of various different theoretical models.